Our historic cities included since ages organic demographic fabric owing to a set of natural needs including (atmospheric topographical and local needs), of physical needs that include (Technological and economic), cultural needs like (norms, values and other doctrines), in addition to others having dispersing effects spatially and temporally.

This harmonious and homogeneous domain remained preserving its performance efficiency until the 20th century, where engineering chess fabric came to part our demographic life until appearing demographic units of high areas, straight streets with its acute intercrosses. This resulted into appearing similarity in the different demographic areas because of its engineering form. Now, in the light of the current age changes and increasing demographic   needs as well, of demographic deficit in number of residential units and its areas. Some of these units require transparent role that could be played by the population in preserving their possessions as to diminish cost of   projects plans through whetting investments.  The concept of partnership has become reiterated in the literature of planning and sustainability since the 7th decade of 20th century, as an important means for economic progress and social justice fulfillment. The necessity of consulting the concerned individuals could be considered as a necessity to secure success of any meaningful process. It has appeared a huge problem in transferring   planned demographic units into random and unorganized divisions; besides, appearing demographic deficit that has been incomprehensive for the growth occurring in states, especially in the developing world.  This resulted into confusion on level of civilization as routes and on level of services of roads, swages, parks, health and educational services and on level of laws and regulations that have been breached by the owners of these huge houses. The breach lies in divisions, heights, areas, architectural style and material used and consequently contributing into blocking demographic needs as to solve the increasing crises.

Thus , the current research aims to shed the light on the phenomena of partnership between the owner and the investor so that the owner enters a shareholder in the project value of the heritage building and the subsequent land or annexes and the other and the investor in turn invests the building from the owner and  rehabilitation to take advantage of them in resolving the housing crisis, trying to accommodate the needs that led to the emergence , And put the development of practical mechanisms for investment to reach the results to meet those needs, eliminating all the disadvantages that emerged from the decisions of non-scientific owners because of the lack of clarity of the law of investment heritage housing in our country.  The research supposed that it could review the general planning for the demographic areas of huge areas as to meet increasing needs in residence by placing civilized and scientific means that take into consideration the virtual areas of residence.  This could be done by the role played by the general board of tourism and architecture by submitting the building as an investment opportunity between the owner and investor and by having the governmental and non-governmental bodies support this opportunity.  The investment could be bolstered through the private sector or through public participation. 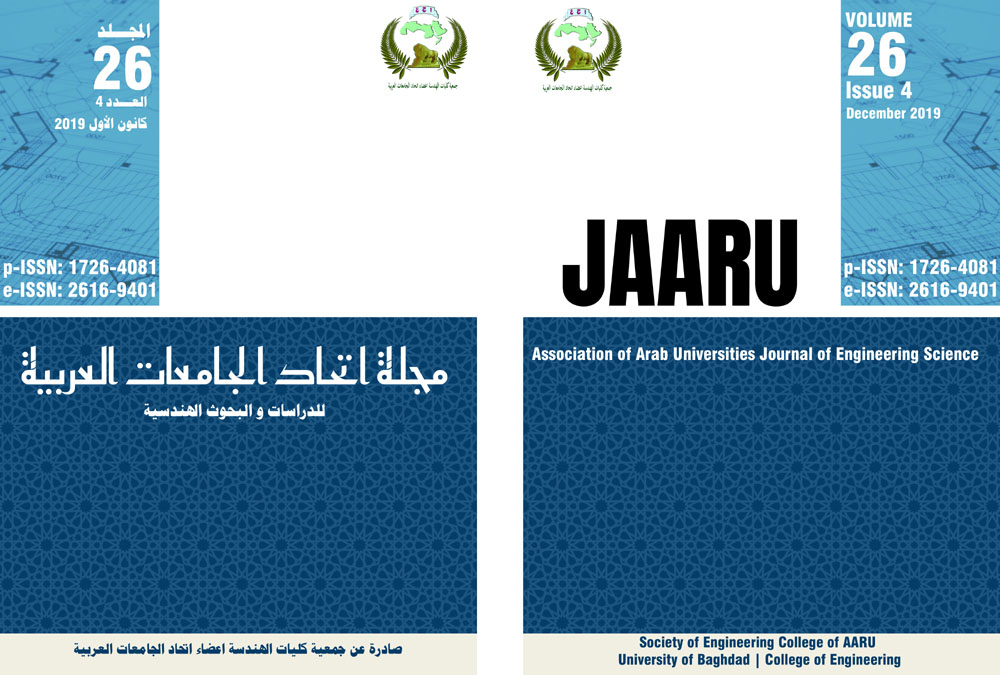 Published
2019-12-31
How to Cite
Alzubaidy, D., & ALamary, S. (2019). Activating Sustainability of Housing Through Partnership Between the Public and Private Sectors (Return to Heritage Housing Fabric in Contemporary Housing Through a Partnership Between the Owner and an Investor). Association of Arab Universities Journal of Engineering Sciences, 26(4), 150-158. https://doi.org/10.33261/jaaru.2019.26.4.017
Download Citation
Issue
Vol 26 No 4 (2019)
Section
Articles
Copyright (c) 2019 Doaa Muzher Alzubaidy, and Shatha Abbas ALamary
Information
Association of Arab Universities Journal of Engineering Science
This work is licensed under a Creative Commons Attribution-NonCommercial 4.0 International License.